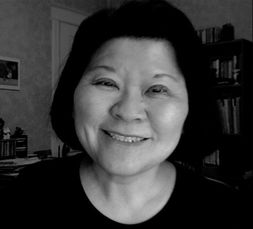 Even though I have played the flute since I was nine years old, I have never made a living from it. And yet, throughout a 30+ year career in advertising, I'm proud to say that I've never stopped playing the flute.

At Northwestern University I received a degree in Flute Performance after studying with the legendary Walfrid Kujala (he wasn't legendary back then, just thoroughly wonderful). Some time in the middle of my career there, I decided I wanted to be in TV production. (Fun fact: I was a production assistant and puppeteer for a popular local children's show for a brief time)  I did get my music degree, but two weeks after graduating I started work at Leo Burnett Company in Chicago, a large advertising agency. What followed were years of TV commercial production for national clients such as Kraft Foods, Gatorade, Cap'n Crunch, SC Johnson and Bayer. I've worked with SpongeBob Squarepants and Michael Jordan (yes, SpongeBob was funnier).

As I was starting out in the ad biz, I kept up with my music by playing with a group of talented local flutists. We called ourselves the Magic Flutes and ran through the available literature pretty quickly. I think it took about an hour. Being the sole amateur of the group, I figured I had the time to arrange music for our use. After nearly ten years I had stockpiled dozens of pieces. 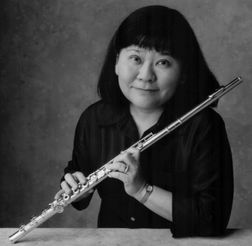 Our group eventually disbanded and I had just about abandoned my writing until the year 2000 when I was contacted by former Flute Talk editor Victoria Jicha, who at the time had her own publishing company called Music Makers. She had heard of my works through mutual friends and offered to publish some of them. I was very happy to share and a year later it was gratifying to see a couple of these pieces honored in the National Flute Association's Newly Published Music Competition.

In 2002, Music Makers transferred its catalog to ALRY Publications, giving my pieces a much wider distribution than before. This was my inspiration to start writing more, and from 2005 to the present time, ALRY has published over 30 of my arrangements.

Since 2006 I had been transitioning from advertising producer to full-time music engraver, editor and arranger. The change is now complete! Many thanks to my friend Joel Raney (composer of sacred music and bug spray jingles, if you can believe that), who put me on this path to re-invention.

So that's me and my music. Oh, and in case you're wondering where the name "Nish Music" came from, I seriously considered calling this site "Eine kleine Nish Musik."

A lifelong resident of Chicago, JUDY NISHIMURA (b. 1953) received her degree in Flute Performance from Northwestern University after studying with Walfrid Kujala. Her award-winning arrangements, published by ALRY Publications, SMP Press and Hal Leonard have been performed all over the world. In 2015 she won the National Flute Association's Flute Choir Composition Competition with "Transverses." She currently works as a freelance music engraver for major publishing companies.